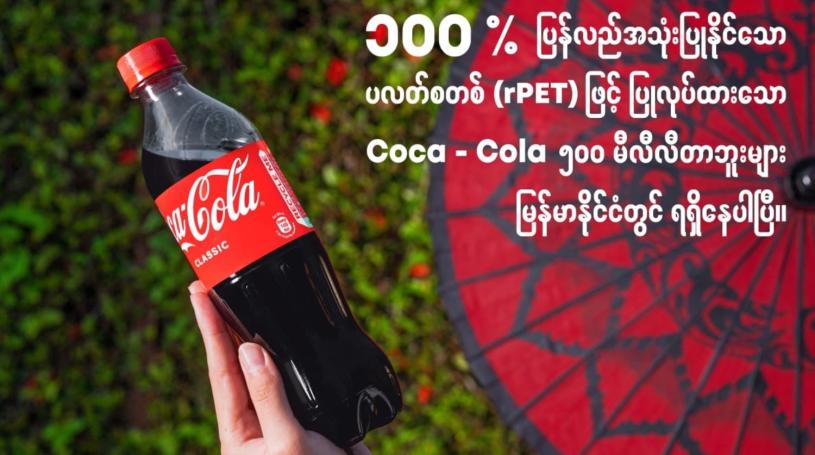 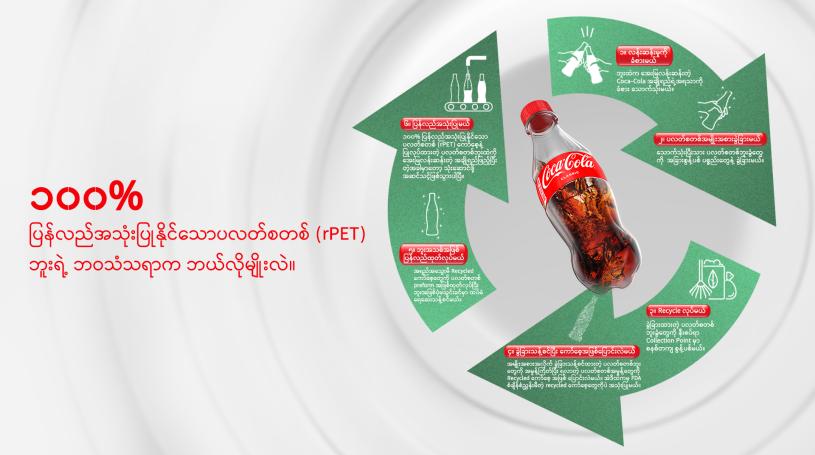 Coca-Cola Limited Myanmar and its local bottling partner Coca-Cola Pinya Beverages Myanmar (CCPBM) have reached a significant milestone on their journey toward more sustainable packaging with the introduction of the new "Coca-Cola" 500ml bottles made from 100% recycled plastic (excluding caps and labels). As part of Coca-Cola Limited Myanmar's broader mission to support a World Without Waste, the company has introduced the first-ever beverage package in Myanmar to be made of 100% recycled plastic. By 2030, the company aspires to have collected and recycled the equivalent of all the bottles and cans it sells around the world. Using rPET Coca-Cola bottles (without caps and labels), the company claims, will save 1,200 metric tons of new plastic in Myanmar each year. The Coca-Cola system in Myanmar is expanding its circular economy vision with this announcement, which will help bottles become another bottle. The Myanmar FDA has thoroughly examined the safety of rPET packaging, and it also complies with The Coca-Cola Company's exacting international standards for food-grade rPET packaging. Customers across the nation can anticipate the same revitalizing taste of "Coca-Cola" in a more environmentally friendly package.